Muslims on the Volga in the Viking Age

- Diplomacy and Islam in the World of Ibn Fadlan 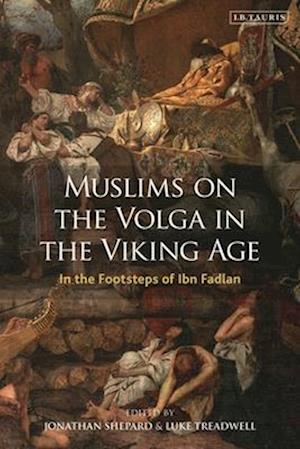 In the year 922 a remarkable encounter took place on the wide banks of the Middle Volga. The eyewitness account of Ibn Fadlan, an emissary to the leader of the Bulgars from the far-distant caliphate in Baghdad, vividly describes his meeting with the forest steppe peoples of the region, whom the 'Abbasid envoy famously called 'the Great Unwashed'. He recounts a ship burial involving Viking funerary rites. This innovative interdisciplinary volume explores the wider cultural and political contexts behind the unique testimony of Ibn Fadlan. We have no other detailed written evidence for the Bulgars and Viking Rus, and prominent contributors here demonstrate why the report of this intrepid Arab traveller is quite unparalleled and singularly valuable in assessing novel cross-cultural contact during the period. The book reveals the full extent to which different peoples (Arabs, Byzantines, Turks, Bulgars and Vikings) were now intersecting, and how new structures of power and trade were emerging. It reflects too on how this Islamic diplomatic and religious mission might have foreshadowed the later 'clash of civilizations'.