Muslims on the Americanization Path? 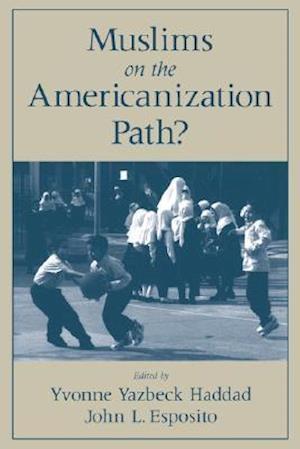 There are now more Muslims in America than in Kuwait, Qatar, and Libya combined. It is the second largest religion in France and the third in Britain, Germany, and North America. Leaving aside immigration and conversion, birth rate alone ensures that in the first part of the 21st century Islam will replace Judaism as the second largest religion in the US. Like all religious and ethnic minorities in America, Muslims are faced with a quandary of integration vs.assimilation. In this volume, fourteen distinguished scholars consider the issues that surround this dilemma and examine the varied responses of the Muslim community to them. The need to forge a new Muslim identity in America raises many questions. Can Muslims become part and parcel of a pluralisticAmerican society without sacrificing their identity? Can Muslims be Muslims in a state that is not governed by Islamic law? Will the American legal system protect Muslim religious and cultural differences? Is there a contradiction between demanding equal rights and insisting on maintaining a distinctively separate identity? These and many other questions are illuminated by the essays in this important collection.