- Power and Religion in the Delhi Sultanate 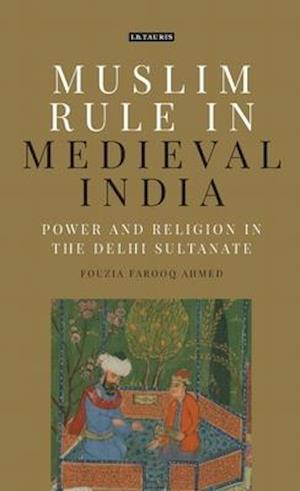 The Delhi Sultanate ruled northern India for over three centuries. The era, marked by the desecration of temples and construction of mosques from temple-rubble, is for many South Asians a lightning rod for debates on communalism, religious identity and inter-faith conflict. Using Persian and Arabic manuscripts, epigraphs and inscriptions, Fouzia Farooq Ahmad demystifies key aspects of governance and religion in this complex and controversial period. Why were small sets of foreign invaders and administrators able to dominate despite the cultural, linguistic and religious divides separating them from the ruled? And to what extent did people comply with the authority of sultans they knew very little about? By focusing for the first time on the relationship between the sultans, the bureaucracy and the ruled Muslim Rule in Medieval India outlines the practical dynamics of medieval Muslim political culture and its reception. This approach shows categorically that sultans did not possess meaningful political authority among the masses, and that their symbols of legitimacy were merely post hoc socio-cultural embellishments.Ahmad's thoroughly researched revisionist account is essential reading for all students and researchers working on the history of South Asia from the medieval period to the present day.