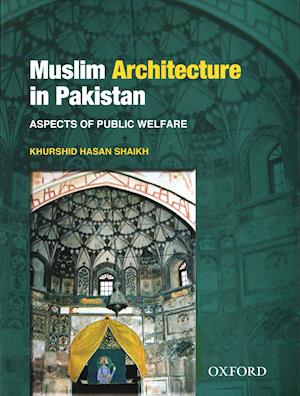 This study, the first of its kind, is based on the author's own architectural documentation and photography. The historical monuments studied in this book include baolies (step-wells), caravanserais, baradaries, kos minars, bridges, hammams, etc. which were meant for the welfare and comfort of the public. These were constructed during the Muslim rule in the areas now forming Pakistan. Muslim rulers evinced great interest in raising splendid structures, many ofwhich-particularly those reflecting the public welfare aspects of Muslim architecture- are yet to be properly explored and studied. Khurshid Hasan Shaikh has undertaken the task of documenting and studying such public welfare structures in Pakistan as owing to the passage of time, vagaries of nature, andcontinued neglect, all such buildings have suffered. By going through the write-up and the photographs, as contained in the book, one can well appreciate the significance of the public welfare aspects of the vanishing architectural heritage of the Muslim era in Pakistan. The book is illustrated with photographs and plans of some selected examples of such structures.