Musical Form in the Age of Beethoven

indgår i serie Cambridge Studies in Music Theory And Analysis 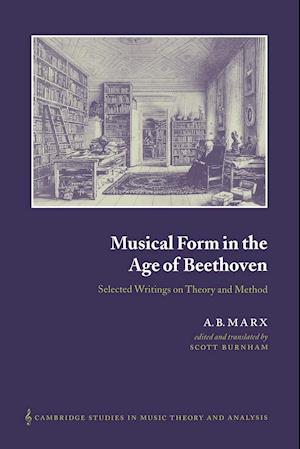 A. B. Marx was one of the most important German music theorists of his time. Drawing on idealist aesthetics and the ideology of Bildung, he developed a holistic pedagogical method as well as a theory of musical form that gives pride of place to Beethoven. This volume offers a generous selection of the most salient of his writings, the majority presented here in English for the first time. It features Marx's oft-cited but little understood material on sonata form, his progressive program for compositional pedagogy and his detailed critical analysis of Beethoven's 'Eroica' Symphony. These writings thus deal with issues that fall directly among the concerns of mainstream theory and analysis in the last two centuries: the relation of form and content, the analysis of instrumental music, the role of pedagogy in music theory, and the nature of musical understanding.