indgår i serie SOCIOLOGY OF MUSIC 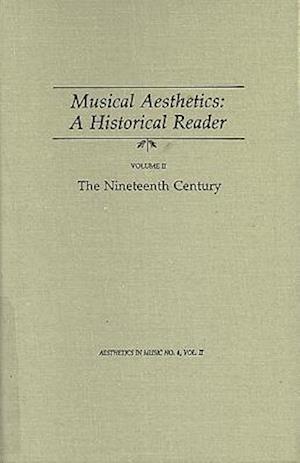 The second volume of this anthology of musical aesthetics proceeds from the rational, common-sense examination of the 18th-century artistic experience to the realm of 19th-century expressiveness. The rational foundation of aesthetics gave way to an emphasis on an art form's strength of feeling and expressive power, a purity of the creation and the creator. No longer confined to a restricted sense of beauty, music admitted the violent, the enormous and the ugly into its sphere of emotion, now the era of romanticism and Sturm und Drang. These developments are here detailed in the writings of Wackenroder, Herder, Thibaut, Schelling, Hegel, Schopenhauer, Kirkegaard, Wagner, Hanslick, Ambros, Nietzsche, Spencer, Gurney, and Haussegger. Through them we see the classical province of proportion, educated taste and contained expressiveness recede, and the emotional realism of music come to the fore.