Music Saved Them, They Say

- Social Impacts of Music-Making and Learning in Kinshasa (DR Congo) 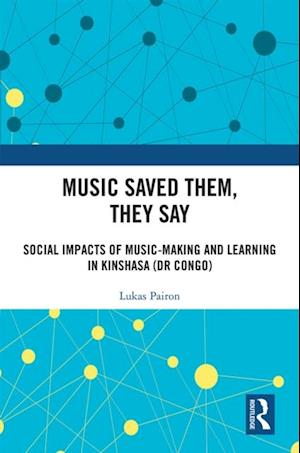 Music Saved Them, They Say: Social Impacts of Music-Making and Learning in Kinshasa (DR Congo) explores the role music-making has played in community projects run for young people in the poverty-stricken and often violent surroundings of Kinshasa, the capital city of the Democratic Republic of the Congo. The musicians described here - former gang members and so-called 'witch children' living on the streets - believe music was vital in (re)constructing their lives. Based on fieldwork carried out over the course of three-and-a-half years of research, the study synthesizes interviews, focus group sessions, and participant observation to contextualize this complicated cultural and social environment. Inspired by those who have been 'saved by music', Music Saved Them, They Say seeks to understand how structured musical practice and education can influence the lives of young people in such difficult living conditions, in Kinshasa and beyond.'... a tribute to the persistence, engagement and courage of the people in these projects, who can be proud that their work is now exposed to a global audience, not just of researchers but also to practitioners around the world who could learn from and be inspired by these hitherto unknown projects.'-John Sloboda, Research Professor, Guildhall School of Music & Drama'This book is very moving but never sentimental, one of the best accounts of music's real transformative capacities that I have come across.'-Lucy Green, Emerita Professor of Music Education, University College London Institute of Education