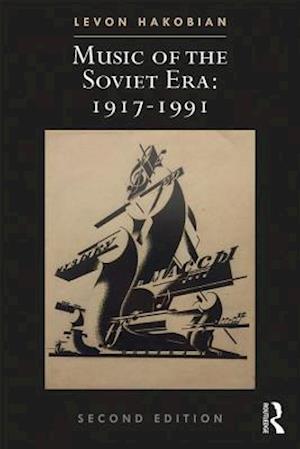 This volume is a comprehensive and detailed survey of music and musical life of the entire Soviet era, from 1917 to 1991, which takes into account the extensive body of scholarly literature in Russian and other major European languages. In this considerably updated and revised edition of his 1998 publication, Hakobian traces the strikingly dramatic development of the music created by outstanding and less well-known, 'modernist' and 'conservative', 'nationalist' and 'cosmopolitan' composers of the Soviet era. The book's three parts explore, respectively, the musical trends of the 1920s, music and musical life under Stalin, and the so-called 'Bronze Age' of Soviet music after Stalin's death. Music of the Soviet Era: 1917-1991 considers the privileged position of music in the USSR in comparison to the written and visual arts. Through his examination of the history of the arts in the Soviet state, Hakobian's work celebrates the human spirit's wonderful capacity to derive advantage even from the most inauspicious conditions.