Music, Myth and Story in Medieval and Early Modern Culture

indgår i serie Studies in Medieval and Renaissance Music 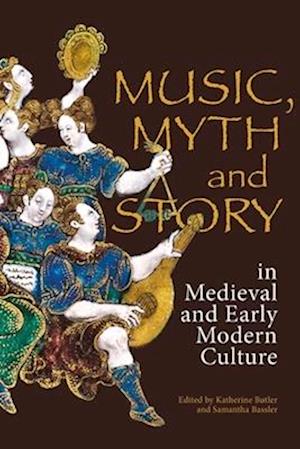 Myths and stories offer a window onto medieval and early modern musical culture. Far from merely offering material for musical settings, authoritative tales from classical mythology, ancient history and the Bible were treated as foundations for musical knowledge. Such myths were cited in support of arguments about the uses, effects, morality and preferred styles of music in sources as diverse as theoretical treatises, defences or critiques of music, art, sermons, educational literature and books of moral conduct. Newly written literary stories too were believed capable of moral instruction and influence, and were a medium through which ideas about music could be both explored and transmitted. How authors interpreted and weaved together these traditional stories, or created their own, reveals much about changing attitudes across the period. Looking beyond the well-known figure of Orpheus, this collection explores the myriad stories that shaped not only musical thought, but also its styles, techniques and practices. The essays show that music itself performed and created knowledge in ways parallel to myth, and worked in tandem with old and new tales to construct social, political and philosophical views. This relationship was not static, however; as the Enlightenment dawned, the once authoritative gods became comic characters and myth became a medium for ridicule. Overall, the book provides a foundation for exploring myth and story throughout medieval and early modern culture, and facilitating further study into the Enlightenment and beyond. KATHERINE BUTLER is a senior lecturer in music at Northumbria University; SAMANTHA BASSLER is a musicologist of cultural studies, a teaching artist, and an adjunct professor in the New York metropolitan area. Contributors: Jamie Apgar, Katie Bank, Samantha Bassler, Katherine Butler, Elina G. Hamilton, Sigrid Harris, Ljubica Ilic, Erica Levenson, John MacInnis, Patrick McMahon, Aurora Faye Martinez, Jacomien Prins, Tim Shephard, Jason Stoessel, Ferdia J. Stone-Davis, Amanda Eubanks Winkler.

Forfattere
Bibliotekernes beskrivelse The complex relationship between myths and music is here investigated.