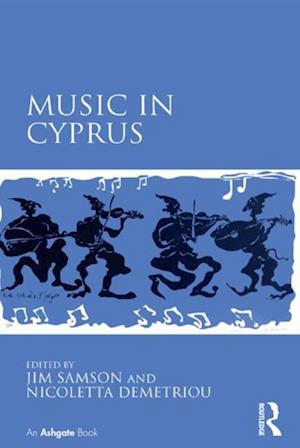 Music in Cyprus draws its authors from both sides of the divided island to give a rounded picture of musical culture from the beginning of the British colonial period (1878-1960) until today. The book crosses conventional scholarly divides between musicology and ethnomusicology in order to achieve a panorama of music, culture and politics. Shared practices of traditional music and dance are outlined, and the appropriation of those practices by both communities in the aftermath of the de facto division of the island is examined. Art music (European and Ottoman) is also discussed, both in terms of the structures of musical life and the creative praxes of composers, and there is an account of the early stages of a popular music industry. The authors consider such questions as: What is the role of different musics in defining national, regional, social and cultural identities in Cyprus? How do Cypriot alterities illuminate European projects of modernity? And what has been the impact of westernization and modernization (and, conversely, of orientalization) on music in Cyprus? The book will be of interest to students and academics working not only in both historical musicology and ethnomusicology, but also in the history and anthropology of Cyprus and of the entire Greek-Anatolian region.