- The Politics of Contemporary Art Collections 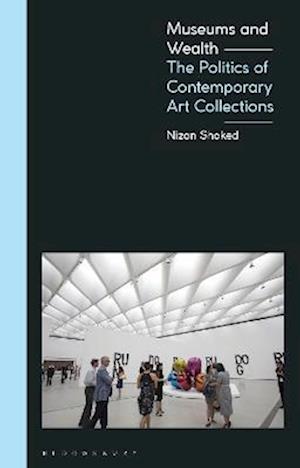 A critical analysis of contemporary art collections and the value form, this book shows why the nonprofit system is unfit to administer our common collections, and offers solutions for diversity reform and redistributive restructuring.In the United States, institutions administered by the nonprofit system have an ambiguous status as they are neither entirely private nor fully public. Among nonprofits, the museum is unique as it is the only institution where trustees tend to collect the same objects they hold in public trust on behalf of the nation, if not humanity. The public serves as alibi for establishing the symbolic value of art, which sustains its monetary value and its markets. This structure allows for wealthy individuals at the helm to gain financial benefits from, and ideological control over, what is at its core purpose a public system. The dramatic growth of the art market and the development of financial tools based on art-collateral loans exacerbate the contradiction between the needs of museum leadership versus that of the public. Indeed, a history of private support in the US is a history of racist discrimination, and the common collections reflect this fact. A history of how private collections were turned public gives context. Since the late Renaissance, private collections legitimized the prince's right to rule, and later, with the great revolutions, display consolidated national identity. But the rise of the American museum reversed this and re-privatized the public collection. A materialist description of the museum as a model institution of the liberal nation state reveals constellations of imperialist social relations.