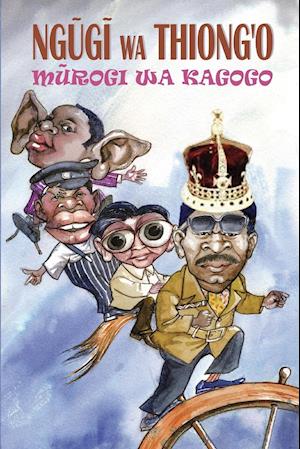 This is the original Gikuyu version of Ngugi wa Thiong'o's satirical novel Murogi wa Kagogo, published in English as Wizard of the Crow . The novel gives a surgical examination of the cult of dictatorship in Africa. The story is set in the imaginary Free Republic of Aburiria, and weaved around the Ruler and his coterie of court-poets, all of them the epitome of the dictum that power corrupts, and absolute power corrupts absolutely. Then there is Kamiti, the mystical figure who is the subject of conjecture, and Nyawira, the underground revolutionary in the vanguard of agitating for change in Aburiria. In the end, Ngugi manages to vibrate with the magical realism of Gabriel Garcia Marquez; the brutal frankness of Dostoyevsky; and the lyrical beauty of African folklore. Yet, the most intriguing question as you read the novel is: Who is the Wizard of the Crow?