Murder in the Merchant's Hall 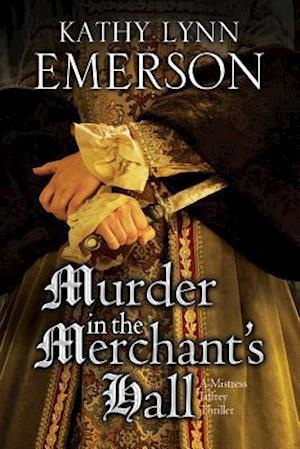 The intriguing new mystery featuring Tudor sleuth, Mistress Rosamond Jaffrey. When Lina Walkenden is found clutching a bloody knife over the dead body of her brother-in-law and guardian, there's only one person she can turn to for help: her childhood friend Rosamond Jaffrey. Rosamond vows to do all she can to prove Lina's innocence, but when it transpires Lina was being forced into a marriage against her will and was instead besotted by her fiance's charming yet unscrupulous nephew, her motives for murder seem overwhelming. In desperation, Rosamond seeks out the help of the Queen's spymaster himself, Sir Francis Walsingham - but when she overhears a conversation at the French Embassy, it seems Lina's plight is irrelevant in the face of potential treason. Rosamond must do all she can to save her friend - and keep herself and her family safe from a desperate killer.