Murder in the Library 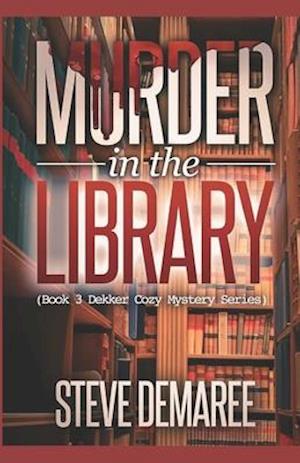 In the third book in the Lt. Dekker/Sgt. Murdock series, a man is found dead inside the locked library of his home. Surveillance cameras show that no one other than the deceased entered the library, and yet the man has been shot with a poisoned dart. The case means even more to the two detectives than any of their previous cases, because the deceased was a mentor to both of them when they were boys. The deceased had received a threatening note, which the two detectives knew about, and he had promised to leave them a clue if he was murdered. He did, but it turned out to be harder to decipher than the detectives thought. The duo questions friends and foe of the retired professor until they find the one clue that leads them to the guilty party.