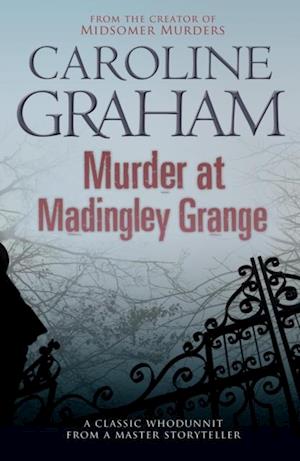 Murder comes to Madingley Grange when a game goes horribly wrong. From the creator of the Midsomer Murders series which began with The Killings at Badger's Drift comes a standalone murder mystery novel that will shock you and intrigue you. 'Simply the best detective writers since Agatha Christie' The Sunday TimesWhen a failed entrepreneur is temporarily left in charge of his aunt's huge gothic home, he knows he must be able to make a profit from it somehow. Murder, he decides, is the only way to do it. For Madingley Grange is the perfect venue for a 1930s murder-mystery weekend and Simon Hannaford - with the reluctant help of his long-suffering sister - soon hatches a plan for money-spinning mayhem.From the conservatory to the claret cellar, the clues are carefully sprinkled. But when the guests arrive it is obvious that the game won't be going as planned. Not one of the visitors is willing to play the victim. And when a body does appear, it hardly takes Hercule Poirot to guess it is not a volunteer. Now the game really begins . . .