Murder Among Us (Mitchell & Markby 4) 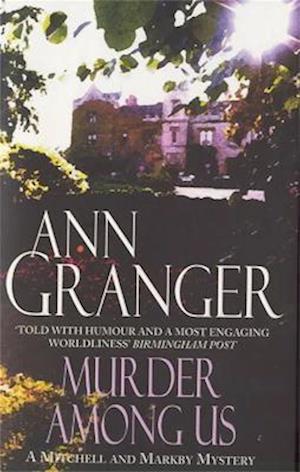 A dispute between an entrepreneur and the village locals turns deadly... A gala turns grisly in Murder Among Us, the fourth probing mystery in Ann Granger's gripping Mitchell & Markby series. The perfect read for fans of Ann Purser, Agatha Christie and ITV's Midsomer Murders.'Told with humour and a most engaging worldliness' - Birmingham Post When ambitious hotelier Eric Schucmacher announces he is to turn Springwood Hall, near the market town of Bamford, into a smart Cotswold country-house hotel, the news is greeted by a chorus of local disapproval, led by the redoubtable Hope Mapple. So the gala opening, to which all the disaffected parties have been invited, promises to be quite an event - not least because the amply upholstered Hope Mapple is planning a disruptive streak protest. But Hope's lightning dash is unexpectedly upstaged by a far more shocking event: the discovery of a recently murdered body on the premises. The victim is a local woman, and for Chief Inspectory Markby and his guest Meredith Mitchell what had promised to be a diverting summer treat suddenly turns into a horribly serious affair ...What readers are saying about Murder Among Us:'A truly intriguing and sympathetic book''A wonderful village mystery, that satisfies on all levels. Her [Ann Granger's] cast of characters are all wonderfully eccentric and provide you with many hours of joy''These stories are intricate enough to make you think and easy to read at the same time'