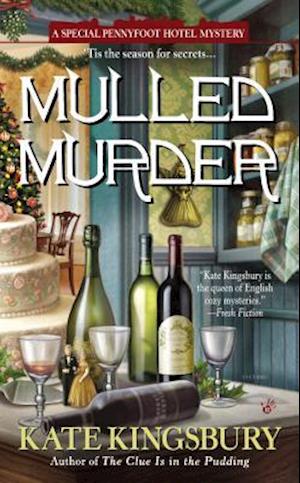 In this Pennyfoot Hotel Christmas mystery, the head count is down--but the body count is up this holiday season... With one of her housemaids leaving to get married, Cecily Sinclair Baxter wants nothing more for Christmas than some good help. Instead of visions of sugar plums, she's calling the plumber to deal with flooded bathrooms. Then there's the surly new janitor, who acts like he got coal in his stocking. But as Cecily scrambles to hire and train new staff in time for the holidays, one of her guests is beyond help. Gerald Evans is found stabbed to death on the beach, and Cecily soon discovers he was a private investigator from London looking into dark doings involving the Pennyfoot. Who among the staff or guests was being pursued, and what secret drove that person to cold-blooded murder?