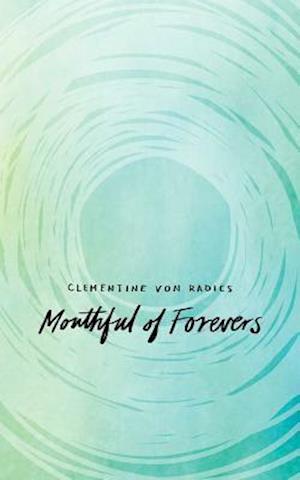 Titled after the poem that burned up on Tumblr and has inspired wedding vows, paintings, songs, YouTube videos, and even tattoos among its fans, Mouthful of Forevers brings the first substantial collection of this gifted young poet's work to the public. Clementine von Radics writes of love, loss, and the uncertainties and beauties of life with a ravishing poetic voice and piercing bravura that speak directly not only to the sensibility of her generation, but to anyone who has ever been young. * Clementine is a featured author on Tumblr's Poetry Spotlight page, alongside such best-selling heavy hitters as Lang Leav, Tyler Knott, and The Paris Review. * Fans engage very deeply with Clementine's work. Many of her poems have gone viral, with hundreds of thousands of notes on Tumblr, and a myriad of fan-created reiterations across all social media. * Only 22 years old, Clementine von Radics is hugely popular among the young people who are making poetry one of the most popular creative content categories online. * Clementine travels widely in fan-sponsored tours of North America and Europe, and will be very actively promoting Mouthful of Forevers in live readings and events. * Clementine's small, self-published poetry chapbooks, Home and As Often As Miracles, sold over 7,000 copies from her website alone.