Mourning the Nation to Come 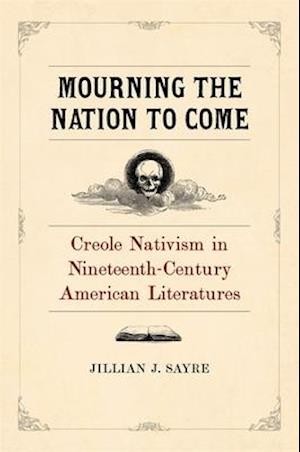 In Mourning the Nation to Come, Jillian J. Sayre offers a comparative study of early national literature and culture in the United States, Brazil, and Spanish America that theorizes New World nationalism as grounded in cultures of the dead and commemorative acts of mourning. Sayre argues that popular historical romances unified communities of creole readers by giving them lost love objects they could mourn together, allowing citizens of newly formed nations to feel as one.

To trace the emergence of New World nationalism, Mourning the Nation to Come focuses on the genre of historical writings often gathered under the title of "Indianist romance," which engage Native American history in order to translate Indigenous claims to the land as iterations of creole nativism. These historical narratives foresee present communities, anticipating the nation as the inevitable realization or fulfillment of a prophecy buried in the past. Sayre uncovers prophetic, nation-building narrative in texts from across the Americas, including the Book of Mormon and works of fiction, poetry, and oratory by Jos de Alencar, William Apess, Lydia Maria Child, James Fenimore Cooper, Herman Melville, and Jos Joaqu n de Olmedo, among others.

By using cultural theory to interpret a transnational archive of literary works, Mourning the Nation to Come elucidates the structuring principles of New World nationalism located in prophetic narratives and acts of commemoration.