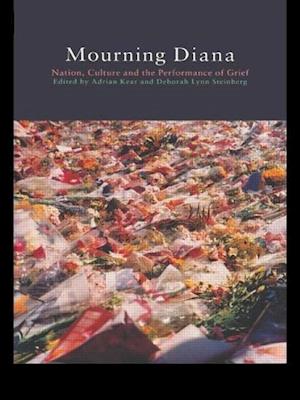 The death of Diana, Princess of Wales, on September 1 1997, prompted public demonstrations of grief on an almost unprecented global scale. But, while global media coverage of the events following her death appeared to create an international 'community of mourning', popular reacions in fact reflected the complexities of the princess's public image and the tensions surrounding the popular conception of royalty. Mourning Diana examines the events which followed the death of Diana as a series of cultural-political phenomena, from the immediate aftermath as crowds gathered in public spaces and royal palaces, to the state funeral in Westminister Abbey, examining the performance of grief and the involvement of the global media in the creation of narratives and spectacles relating to the commemoration of her life. Contributors investigate the complex iconic status of Diana, as a public figure able to sustain a host of alternative identifications, and trace the posthumous romanticisation of aspects of her life such as her charity activism and her relationship with Dodi al Fayed. The contributors argue that the events following the death of Diana dramatised a complex set of cultural tensions in which the boundaries dividing nationhood and citizenship, charity and activism, private feeling and public politics, were redrawn.