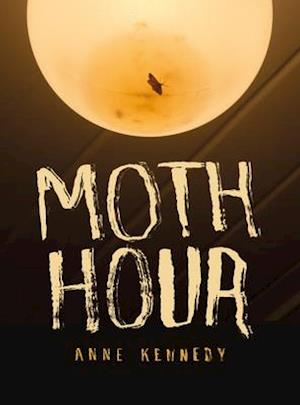 A complex, moving and ambitious poetic engagement with the death of a brother. The family didn't know what to do about grief. The noisy house went silent. I was fourteen. I lay on the red rug in the sitting room and listened to Beethoven's Thirty-Three Variations on a Waltz by Anton Diabelli, op. 120 - over and over because it was there. In 1973, Anne Kennedy's brother Philip was partying on a hillside when he accidentally fell to his death. Among books and records, Philip left a poem typed in Courier on thick, cream, letter-sized paper. Come catch me little child And put me in a jar . . . In Moth Hour, Anne Kennedy returns to the death of her brother and the world he inhabited, writing 'Thirty-Three Transformations on a Theme of Philip' and concluding with a longer poem, 'The Th '. Kennedy's extraordinary poems grapple with the rebellious world of her brother and his friends in the 1970s; with grief and loss; with the arch of time. The poems reach into the threads of the past to build patterns, grasped for a moment and then unravelling in one's hands. Moth Hour is a complex, ambitious piece of writing and a moving poetic engagement with tragedy.