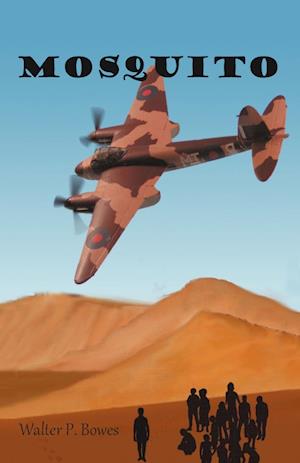 Together they survived World War II, but can they survive the treachery of the post war North African desert? Colby, an American ace, is shot down, wounded and imprisoned, then rescued by Rick, a sympathetic German engineer. After the war, they join forces to form "Global Transport," flying cargo, sometimes legitimately. Mosquito opens with a desperate flight for life and then the action starts. A simple errand of mercy escalates into tribal warfare, political intrigue and evil agendas, with all sides requiring something from Colby and Rick. A Catholic nun requires a flight of supplies fl own to stranded slave children, a vile drug-running child-slaver requires his stolen heroin returned, an Arabian princess requires her brother's return to his throne, the CIA requires the allegiance of the winning side and the French require absolvement of this political embarrassment. With the discovery, resurrection and enhancement of a De Havilland Mosquito, Colby and Rick declare war. The author weaves all aspects of the story into a fast paced, thrill-aminute read filled with action, danger and high stakes adventure.