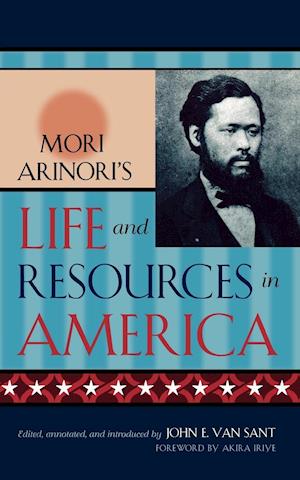 'Mori notes, 'Where men think that they know everything, and boast of their superior wisdom, the presumption is that they have yet much to learn.' . . . [T]oday's readers, whether in the United States, in Japan, or elsewhere, who may think they already know so much about the subject, will find much of value in Life and Resources in America.' -Akira Iriye, Harvard University, from the foreword Mori Arinori's Life and Resources in America was written by the young, educated ex-samurai the Japanese government selected as its first diplomatic representative in the United States. Originally published in English in Washington, D.C., in 1871, this book sheds much light on the shape of an American society, government, and economy recovering from the Civil War. Like earlier philosopher-tourists such as Alexis de Tocqueville and Harriet Martineau, Mori understands the United States as a stage upon which an important experiment in democracy, pluralism, and liberalism is unfolding. Life and Resources in America is distinct for its view from the Reconstruction period and by a non-European observer. Historian John E. Van Sant has annotated and lightly edited this uniquely illuminating text, making it readily accessible to the contemporary audience it deserves.