- Michael Bond and the Story of Paddington Bear 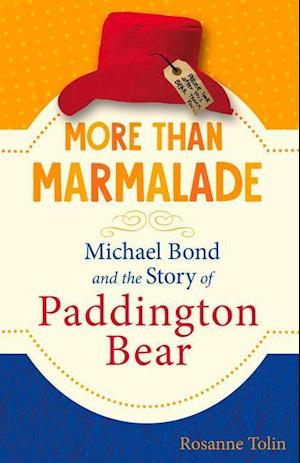 Michael Bond never intended to be a children's writer. Though an avid reader, he was by no means a model student and quit school at 14. He repaired rooftop radio transmitters during the bombing of Britain in World War II and later joined the army. He wrote about the war and more, selling stories here and there. One day, while searching for inspiration at his typewriter, hoping for a big story that would allow him to write full time, a stuffed bear on top of the shelf--a Christmas present for his wife--suddenly caught his eye. Bond poured his personal feelings about the events of his era--the refugee children his family had hosted in the countryside, a war-torn country in recovery, the bustling immigrant neighborhood where he lived--into the story of a little bear from Peru who tries very, very hard to do things right. The result was A Bear Called Paddington. An incredible true tale, More than Marmalade: Michael Bond and the Story of Paddington Bear is the first biography about the writer behind the beloved series. Author Rosanne Tolin reveals how world history, Bond's life, and 1950s immigrant culture were embedded into Paddington's creation, bringing middle-grade readers a delightful, informative, and engaging book with a timely message of acceptance.