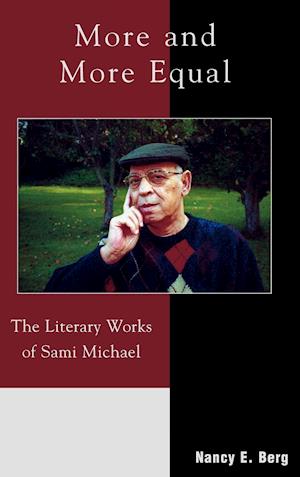 More and More Equal examines the works of Sami Michael, the most significant Israeli writer who has made the transition from Arabic to Hebrew. Born in Baghdad, Michael fled in 1948 to Iran, and later to Israel, to escape imprisonment or execution due to his involvement with the Iraqi Communist Party. Early in his career Michael was deemed merely an "ethnic" writer, but his incredible popular success and indelible influence on his Israeli audience have forced critics to consider his writings anew. Nancy E. Berg sheds light on Michael's belated canonization and traces his development as a storyteller. Berg offers fresh readings of each of Michael's major novels. She shows us that by questioning and exploring Israeli and Jewish identity via characters otherwise rare in Hebrew literature (non-European immigrants, Sephardis, and Arabs), Michael has recast the Zionist master narrative. Berg notes that Michael's rise to literary prominence owes not only to his growing sophistication as a writer but also to changing norms and attitudes in Israeli society.