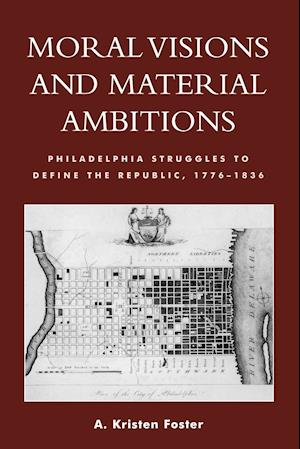 No single vision for the future of America existed after the Revolution. In light of social and economic changes, America's scope shifted from community-mindedness, the very heart of the republican ideal, to economic individualism. In Moral Visions and Material Ambitions, A. Kristen Foster describes how eager young entrepreneurs in Philadelphia manipulated America's moral vision of a classical republic to facilitate their own material ambitions, fostered by the free market economy that arose between 1776 and 1836. As market developments changed economic relationships in the city, men and women used the Revolution's republican language to help explain what was happening to them, and in the process they helped redefine class structure in Philadelphia. This study explores the ways Philadelphians used the Revolution and its powerful language of liberty and equality to impose meaning on their lives, as an expanding market irreversibly changed social and economic relationships in their city, and eventually the rest of the country.