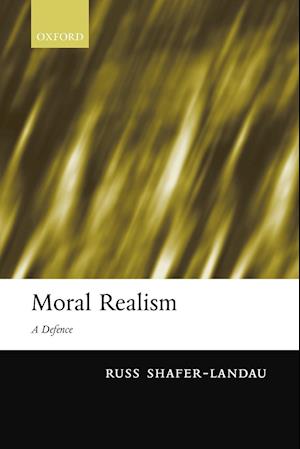 Moral Realism is a systematic defence of the idea that there are objective moral standards. In the tradition of Plato and G. E. Moore, Russ Shafer-Landau argues that there are moral principles that are true independently of what anyone, anywhere, happens to think of them. These principles are a fundamental aspect of reality, just as much as those that govern mathematics or the natural world. They may be true regardless of our ability to grasp them, and theirtruth is not a matter of their being ratified from any ideal standpoint, nor of being the object of actual or hypothetical consensus, nor of being an expression of our rational nature. Shafer-Landau accepts Plato's and Moore's contention that moral truths are sui generis. He rejects the currently popular efforts to conceive of ethics as a kind of science, and insists that moral truths and properties occupy a distinctive area in our ontology. Unlike scientific truths, the fundamental moral principles are knowable a priori. And unlike mathematical truths, they are essentially normative: intrinsically action-guiding, and supplying a justification for all who follow theircounsel. Moral Realism is the first comprehensive treatise defending non-naturalistic moral realism in over a generation. It ranges over all of the central issues in contemporary metaethics, and will be an important source of discussion for philosophers and their students interested in issues concerning the foundations of ethics.