indgår i serie CAMBRIDGE STUDIES IN PHILOSOPHY AND LAW 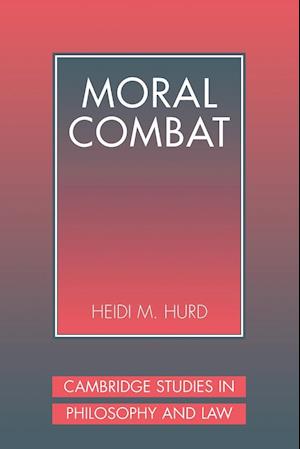 This book explores the thesis that legal roles force people to engage in moral combat, an idea which is implicit in the assumption that citizens may be morally required to disobey unjust laws, while judges may be morally required to punish citizens for civil disobedience. Heidi Hurd advances the surprising argument that the law cannot require us to do what morality forbids. The 'role-relative' understanding of morality is shown to be incompatible with both consequentialist and deontological moral philosophies. In the end, Hurd shows that our best moral theory is one which never makes one actor's moral success turn on another's moral failure. Moral Combat is a sophisticated, well-conceived and carefully argued book on a very important and controversial topic at the junction between legal and political philosophy. It will be of interest to moral, legal, and political philosophers, as well as teachers and students of professional ethics in law.