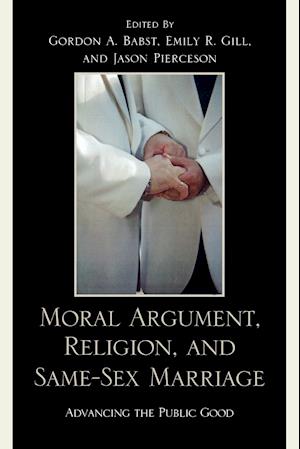 The diverse expert contributors to this volume from the fields of politics and law use moral argumentation with respect to same-sex marriage, gay rights in general, and California's Prop 8. The arguments are advanced in terms of the nation's foundational political and legal principles, extending ethical argumentation to important contemporary public policy areas such as marriage, the separation of church and state, and the rearing of children. Several chapters also contest the perceived if not actual establishment in the law and public policy of heterosexist and religious bias that continues to work against full and meaningful inclusion of sexual minorities. This bias is ironically and improperly couched in the language of American political and religious values, and it misunderstands the nation's core principles, or willfully miscasts them as inapplicable to many Americans and their families. Nonetheless, this bias is pervasive in the nation's political discourse, working to deny an important right and the recognition of equality to many citizens. The main contribution ofMoral Argument, Religion, and Same-Sex Marriage is in its direct engagement with the political and legal arguments of the gay community's critics on their own moral and ethical terms. Along the way, important concepts in public discourse_such as governmental neutrality, the right to marry, and religious freedom_are presented and cast in the light of liberal-democratic theory.