- Ideals and Constraints in Moral Theory 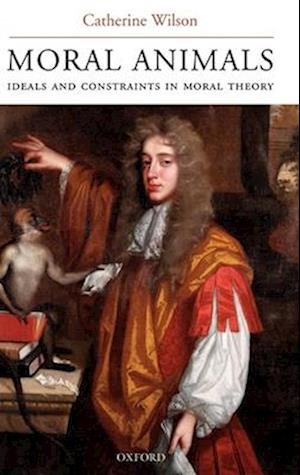 In Moral Animals, Catherine Wilson develops a theory of morality based on two fundamental premises: first that moral progress implies the evolution of moral ideals involving restraint and sacrifice; second that human beings are outfitted by nature with selfish motivations, intentions, and ambitions that place constraints on what morality can demand of them. Normative claims, she goes on to show, can be understood as projective hypotheses concerning theconduct of realistically-described nonideal agents in preferred fictional worlds. Such claims differ from empirical hypotheses, insofar as they cannot be verified by observation and experiment. Yet many, though not all, moral claims are susceptible of confirmation to the extent that they command the agreement ofwell-informed inquirers. With this foundation in place, Wilson turns to a defence of egalitarianism intended to address the objection that the importance of our non-moral projects, our natural acquisitiveness and partiality, and our meritocratic commitments render social equality a mere abstract ideal. Employing the basic notion of a symmetrical division of the co-operative surplus, she argues that social justice with respect to global disparities in well-being, and in the condition of women relative to men, depends onthe relinquishment of natural and acquired advantage that is central to the concept of morality.

Forfattere
Bibliotekernes beskrivelse Offers a different approach to moral theory. Drawing on anthropology, sociology, and evolutionary theory, as well as philosophy of language and philosophy of science, this book shows how to understand and reconcile our moral aspirations for a just world, with the constraints human nature places on us.