Moon and the Sun 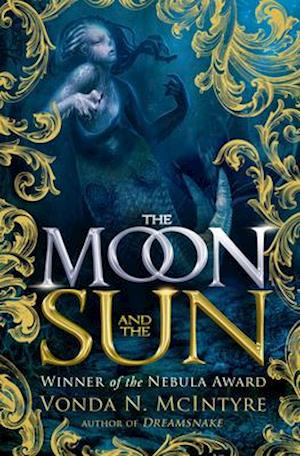 The Nebula Awardwinning novel with ';a plot that sings, enchanting romance, and a depth of insight into human nature... destined to become a classic' (SF Site). During the late seventeenth century, Louis XIV's natural philosopher and explorer, Father Yves de la Croix, does what no one has done for four hundred years: he brings a living sea monster to land. Thus begins a stunning fantasy, a journey into science and superstition, and an alternate history in which Yves and his sister, Marie-Josephea lady-in-waiting with her own finely tuned intelligence and insatiable curiositystruggle to learn from and protect the sea woman. As Marie-Josephe translates the sea woman's songs into stories, she hopes to stave off the creature's inevitable executionfor Louis XIV believes the wondrous being holds the secret to the immortality he craves, a twisted obsession that will force brother and sister to choose between their conscience and their loyalty to king and country... The basis for the movie The King's Daughter starring Pierce Brosnan, The Moon and the Sun is ';a dazzling and spirited evocation of the passions, intrigues, and preconceptions of the age, along with a dandy pair of misfit, star-crossed lovers: an enchanting slice of what-if historical speculation' (Kirkus Reviews). ';A marvelous alternative-history fable about greed and goodness, power and pathos set at the 17th century court of Louis XIV, France's glittering Sun King... [McIntyre's] imaginings enliven her history with wonder, but, as in the best fantasy, they serve less to dazzle by their inventiveness than to illuminate brilliantly real-world truthshere, humanity's responses, base and noble, when confronting the unknown.' Publishers Weekly, starred review ';The Moon and the Sun combines two demanding genres, with some remarkable twists unlike anything I've seen before. It is a science fiction story of first contact with an alien race, but told in a setting more often associated with fantasy. It is also historical romance at its best, the type of meticulously researched work that brings another era to life. McIntyre infuses it all with her marvelously unique style.' Catherine Asaro, award-winning author