- The Story of Mysterious Marco 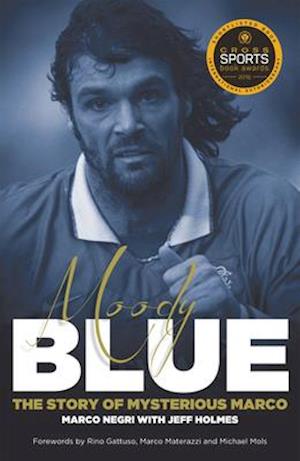 Marco Negri was born to score goals - though little did he know that 13 years after cutting his teeth with Serie A side Udinese, he would become a cult hero in Scotland. When Walter Smith shelled out GBP3.5million, snatching the 27-year-old from the grasps of the Italian superpowers, Rangers fans were in for a mighty shock. Negri smashed in 33 goals in his first 29 games, breaking goalscoring records galore in tandem with Gascoigne and Laudrup. A match made in heaven? Perhaps not, as an eye injury was soon to halt this goal-grabbing juggernaut. Frustrating injuries, reports of unrest and loan deals ruled the remainder of his time at Ibrox. Nevertheless, Marco Negri's name was already written in Rangers history, his cult status as inevitable as fans' tantalising tales of what might have been. For the first time, here is the astonishing story of one of football's most enigmatic characters.

Forfattere
Bibliotekernes beskrivelse When Walter Smith snatched Marco Negri from the grasps of the Italian superpowers in 1997, Rangers fans were in for a mighty shock. The cult hero smashed in 33 goals in his first 29 games, but frustrating injuries, unrest and loan deals were to rule the rest of his time at Ibrox. The astonishing story of one of football's most enigmatic characters. Includes colour photo section