- A story of sparkling ambition 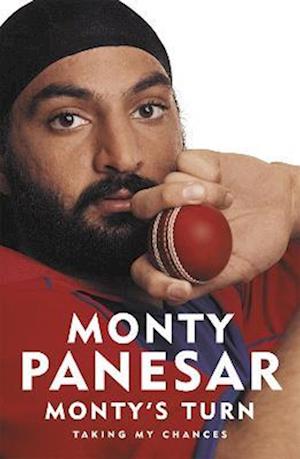 It's hard to believe MONTY PANESAR only arrived on the international cricketing scene in March 2006. His electric performances against India and in the Ashes series saw him catapulted to hero status in a matter of months, and widely rated as England's best spin bowler for 30 years. In MONTY'S TURN, Panesar takes a look at his extraordinary rise to stardom. Taught spin bowling by a friend of his father, Hitu Naik, his first experience of league cricket was with the Luton Town and Indians CC. His raw talent and utter dedication to his craft as a bowler soon saw him signed to Northamptonshire before he had completed his degree at Loughborough. Since his call-up to the England senior squad, Panesar's life has been a whirlwind of headlines and hero worship. The national outcry that met his exclusion from the first two Ashes Tests placed the weight of a despondent England's expectations on his comparatively inexperienced shoulders, but Panesar responded to the pressure with a scorching performance. Famously the first Sikh to represent a nation other than India in Test cricket, Monty credits his religion for his discipline in the nets - and it is this dedication along with his scintillating talent and unique celebration style that have made him a national treasure. He has declared his ambition to be the best, and it would seem that now it truly is time for MONTY'S TURN.