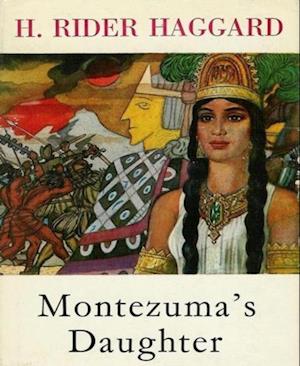 Montezuma's Daughter is a novel written by the Victorian adventure writer H. Rider Haggard. Narrated in the first person by Thomas Wingfield, an Englishman whose adventures include having his mother murdered, a brush with the Spanish Inquisition, shipwreck, and slavery. Eventually, Thomas unwillingly joins a Spanish expedition to New Spain, and the novel tells the fictionalized story of the first interactions between the natives and European explorers. This includes misunderstandings, prejudice on the part of the Spaniards, and ultimately open war. During the course of the story, Thomas meets and marries the daughter of the native king (from whom the novel takes its title) and settles into life in Mexico. The war destroys his native family, and eventually Thomas gets revenge on the antagonist and returns to England.