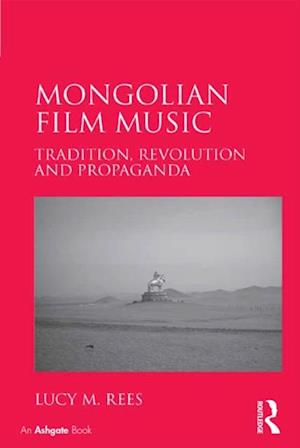 In 1936 the Mongolian socialist government decreed the establishment of a film industry with the principal aim of disseminating propaganda to the largely nomadic population. The government sent promising young rural Mongolian musicians to Soviet conservatoires to be trained formally as composers. On their return they utilised their traditional Mongolian musical backgrounds and the musical skills learned during their studies to compose scores to the 167 propaganda films produced by the state film studio between 1938 and 1990. Lucy M. Rees provides an overview of the rich mosaic of music genres that appeared in these film soundtracks, including symphonic music influenced by Western art music, modified forms of Mongolian traditional music, and a new genre known as 'professional music' that combined both symphonic and Mongolian traditional characteristics. Case studies of key composers and film scores are presented, demonstrating the influence of cultural policy on film music and showing how film scores complemented the ideological message of the films. There are discussions of films that celebrate the 1921 Revolution that led to Mongolia becoming a socialist nation, those that foreshadowed the 1990 Democratic Revolution that drew the socialist era to a close, and the diverse range of films and scores produced after 1990 in the aftermath of the socialist regime.