indgår i serie Religion and Money in the Middle Ages 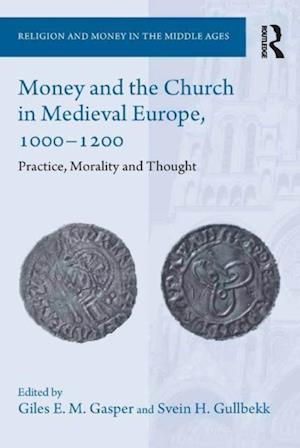 Bringing together essays from experts in a variety of disciplines, this collection explores two of the most important facets of life within the medieval Europe: money and the church. By focusing on the interactions between these subjects, the volume addresses four key themes. Firstly it offers new perspectives on the role of churchmen in providing conceptual frameworks, from outright condemnation, to sophisticated economic theory, for the use and purpose of money within medieval society. Secondly it discusses the dichotomy of money for the church and its officers: on one hand voices emphasise the moral difficulties in engaging with money, on the other the reality of the ubiquitous use of money in the church at all levels and in places within Christendom. Thirdly it places in dialogue interdisciplinary perspectives and approaches, and evidence from philosophy, history, literature and material culture, to the issues of money and church. Lastly, the volume provides new perspectives on the role of the church in the process of monetization in the High Middle Ages. Concentrating on northern Europe, from the early eleventh century to the beginning of the thirteenth century, the collection is able to explore the profound changes in the use of money and the rise of a money-economy that this period and region witnessed. By adopting a multi-disciplinary approach, the collection challenges current understanding of how money was perceived, understood and used by medieval clergy in a range of different contexts. It furthermore provides wide-ranging contributions to the broader economic and ethical issues of the period, demonstrating how the church became a major force in the process of monetization.