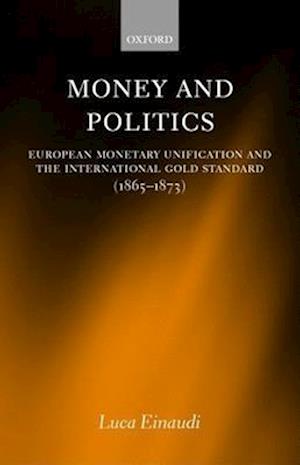 Amartya Sen has made deep and lasting contributions to the academic disciplines of economics, philosophy, and the social sciences more broadly. He has engaged in policy dialogue and public debate, advancing the cause of a human development focused policy agenda, and a tolerant and democratic polity. This argumentative Indian has made the case for the poorest of the poor, and for plurality in cultural perspective. It is not surprising that he has won the highestawards, ranging from the Nobel Prize in Economics to the Bharat Ratna, India's highest civilian honor. This public recognition has gone hand in hand with the affection and admiration that Amartya's friends and students hold for him. This volume of essays, written in honor of his 75th birthday by his students and peers, covers the range of contributions that Sen has made to knowledge. They are written by some of the world's leading economists, philosophers and social scientists, and address topics such as ethics, welfare economics, poverty, gender, human development, society and politics. This first volume covers the topics of Ethics, Normative Economics and Welfare; Agency, Aggregation and Social Choice; Poverty,Capabilities and Measurement; and Identity, Collective Action and Public Economics. It is a fitting tribute to Sen's own contributions to the discourse on Ethics, Welfare and Measurement.Contributors include: Sabina Alkire, Paul Anand, Sudhir Anand, Kwame Anthony Appiah, A. B. Atkinson, Walter Bossert, Francois Bourguignon, John Broome, Satya R. Chakravarty, Rajat Deb, Bhaskar Dutta, James E. Foster, Wulf Gaertner, Indranil K. Ghosh, Peter Hammond, Christopher Handy, Christopher Harris, Satish K. Jain, Isaac Levi, Oliver Linton, S. R. Osmani, Prasanta K. Pattanaik, Edmund S. Phelps, Mozaffar Qizilbash, Martin Ravallion, Kevin Roberts, Ingrid Robeyns, Maurice Salles, CristinaSantos, T. M. Scanlon, Arjun Sengupta, Tae Kun Seo, Anthony Shorrocks , Ron Smith, Joseph E. Stiglitz, S. Subramanian, Kotaro Suzumura, Alain Trannoy, Guanghua Wan, John A. Weymark, and Yongsheng Xu.Money and Politics reconstructs for the first time the full history of the creation of the Latin Monetary Union (LMU), a long forgotten precedent of the Euro. It focuses in particular on the attempted transformation of the LMU into a European Monetary Union between 1865 and 1873. The use of extensive diplomatic and banking archives in France, Britain, Italy, and Germany has enabled the author to reconstruct in detail the intellectual debate concerning thegold standard and bimetallism, as well as the surrounding political and diplomatic manoeuvres, which in many ways anticipated the conflicts of today's monetary unification.Einaudi's findings show that the project of a common currency was well received in central and southern Europe, but worked against the emergence of a united Germany, and was blocked by the Franco-Prussian war. In Britain, Disraeli declined to join the Latin Monetary Union, but in 1869, the new Liberal Chancellor of the Exchequer saw the advantages offered by a scheme which appeared to be enjoying success on the Continent, and attempted to join the monetary union, thereby alienating andsecuring the opposition of both the City and Gladstone.This book is written in an accessible and multidisciplinary fashion, and will appeal to economists, historians, and political scientists with an interest in the formation and readjustment of government policies. It also paints a fascinating picture for policy makers and all those concerned with current debates surrounding EMU and the British position.

Forfattere
Bibliotekernes beskrivelse This volume of essays, written in honor of Amartya Sen, covers the range of contributions that Sen has made to knowledge. They are written by some of the world's leading economists, philosophers and social scientists, and address topics such as ethics, welfare economics, poverty, gender, human development, society, and politics.This work reconstructs the full history of the creation of the Latin Monetary Union (LMU), a long-forgotten precedent of the euro. It focuses in particular on the attempt numerous figures and maps