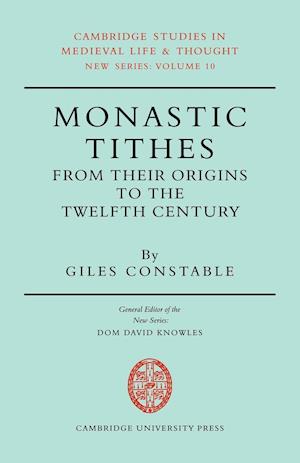 No tax in Europe can compare with tithes in its duration, the extent of its application and the economic burden it imposed. In this study Professor Constable considers the tithes paid to and by monks in the Middle Ages. In particular he examines why, by the twelfth century, most monks received tithes and many of them were freed from payment, in spite of earlier theory and practice by which monks, as distinct from the clergy, were usually forbidden to receive tithes and required to pay them. In the early Middle Ages monastic tithes were a matter not only of economics, but of doctrine, canon law and monastic theory. Their history lies in the borderland between theory and practice and Professor Constable studies them against a background of changes in property relationships, in the theory of tithing and in the nature of the monastic order.