Monarchy and the End of Empire

- The House of Windsor, the British Government, and the Postwar Commonwealth 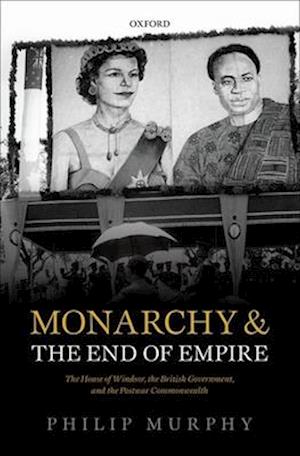 Commercial conveyancing and property is a complex and diverse area with many potential pitfalls. Equally, new developments in case law and legislation have caused major change for those working in the discipline. A Practical Approach to Commercial Conveyancing and Property provides a comprehensive, single-volume guide to the law and procedure of commercial property as well as the realities of working with commercial clients. Praised for its accessible andpractical approach, it includes practical solutions to common difficulties, checklists, drafting tips, and helpful diagrams to guide practitioners and students alike through the intricacies of the field. Written by a well-established and respected author team, this fifth edition has been fully updated with the very latest developments in this area, including changes to taxation and Land Registry practice; increasing problems such as environmental issues; the reform of the law relating to distress; the RICS 2014 Code of Practice on Service Charges in Commercial Property; updated CPSE enquiries; enhanced coverage of property development; and significant new case law including Doleman vShaw (2009), Clarence House v National Westminster Bank plc (2009), Coventry v Lawrence (2014), Humber Oil v Associated British Ports (2011), and Pillar Denton v Jervis (2014).The A Practical Approach series is the perfect partner for practice work. Each title focuses on one field of the law and provides a comprehensive overview of the subject together with clear, practical advice and tips on issues likely to arise in practice. The books are also an excellent resource for those new to the law, where the expert overview and clear layout promotes clarity and ease of understanding.By the early twentieth century it was becoming clear that the Empire was falling apart. The British government promoted the Crown as a counterbalance to the forces drawing the Empire apart, but when India declared their intent to become a republic in the late 1940s, Britain had to accept that allegiance to the Crown could no longer be the common factor binding the Commonwealth together. They devised the notion of the Headship of the Commonwealth, enabling India toremain in the Commonwealth while continuing to give the monarchy a pivotal symbolic role. Monarchy and the End of Empire provides a unique insight on the triangular relationship between the British government, the Palace, and the modern Commonwealth since 1945.In the years of rapid decolonization which followed 1945 it became clear that this elaborate constitutional infrastructure posed significant problems for British foreign policy. Not only did it offer opportunities for the monarch to act without ministerial advice, it also tied the British government to what many within the UK had begun to regard as a largely redundant institution. Philip Murphy employs a large amount of previously-unpublished documentary evidence to argue that the monarchy'srelationship with the Commonwealth, initially promoted by the UK as a means of strengthening Imperial ties, had increasingly become an impediment to British foreign policy.

Forfattere
Bibliotekernes beskrivelse Now in its fifth edition, this successful title provides a clear picture of the complex area of commercial conveyancing and property. Accessible features such as checklists, diagrams, and practical solutions to common problems make this title invaluable to busy practitioners and students alike.Examines the relationship between the British government, the Palace, and the modern Commonwealth since 1945 and argues that the monarchy's relationship with the Commonwealth, which was initially promoted 2 maps, 16-page plate section