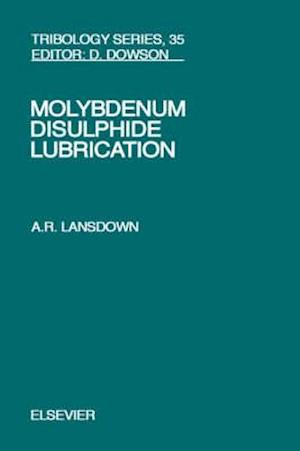 Numerical analysis has witnessed many significant developments in the 20th century. This book brings together 16 papers dealing with historical developments, survey papers and papers on recent trends in selected areas of numerical analysis, such as: approximation and interpolation, solution of linear systems and eigenvalue problems, iterative methods, quadrature rules, solution of ordinary-, partial- and integral equations. The papers are reprinted from the 7-volume project of the Journal of Computational and Applied Mathematics on '/homepage/sac/cam/na2000/index.htmlNumerical Analysis 2000'. An introductory survey paper deals with the history of the first courses on numerical analysis in several countries and with the landmarks in the development of important algorithms and concepts in the field.In the 1970s and the early 1980s there was an enormous volume of research and development into the subject of molybdenum disulphide lubrication, much of which was supported by national governments for the benefit of defence, aviation or space activities. There were already some well-established practical guidelines for deciding when and how to use molybdenum disulphide, but there was still a considerable lack of universally-accepted theoretical understanding of some of the important and fundamental aspects of molybdenum disulphide technology. However, the state of knowledge was growing rapidly.In the past fifteen years the situation with regard to the technology of molybdenum disulphide lubrication has stabilised in many respects, and a measure of consensus has been reached about some of the mechanisms involved. The use of molybdenum disulphide has become routine in some industries, and there are many well-established and reputable commercial products available. Except in the high-technology field of physical deposition techniques, especially sputtering, the output of new research publications has fallen from perhaps two hundred a year in the 1970s to fewer than ten a year in the 1990s. In spite of this maturing of the subject, it is clear that there are still many aspects in which disagreements persist about the mechanisms involved, and which as a result are unclear or misunderstood among current, and perhaps even more importantly, potential users. One of the primary objectives of this book is to analyse the various aspects of molybdenum disulphide lubrication technology about which there are still disagreements or controversy, and to attempt to come to firm conclusions about some of the mechanisms involved. In particular, it will place emphasis on the importance and effects of burnishing and film consolidation.