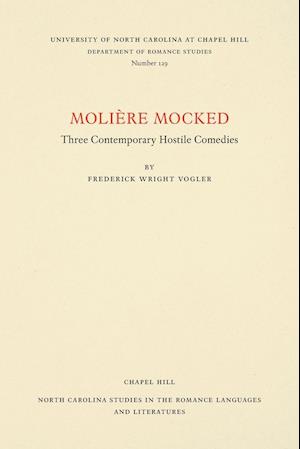 One of the most colorful episodes in Moliere's career was the so-called Comic War, that controversy provoked by the successful production of L'Ecole des Femmes at a time when Moliere was seeking to establish himself as a leading comic playwright of his day. Among the ultimately unsuccessful attempts by rival dramatists to discredit him and his theater, the three comedies published here were particularly notable. Included in this volume are Donneau de Vise's Zelinde (1663); Boursault's Le portrait du peintre (1663); and Le Boulanger de Chalussay's Elomire hypocondre (1670).