An Analysis of Arjun Appadurai's Modernity at Large 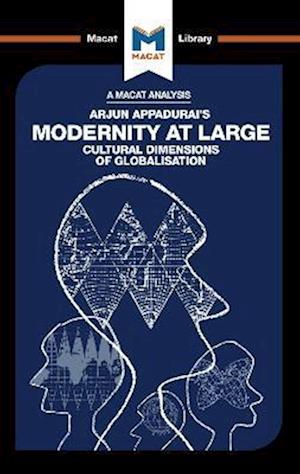 Arjun Appadurai's 1996 collection of essays Modernity At Large: Cultural Dimensions of Globalization helped reshape how anthropologists, geographers and philosophers saw and understood the key topic of our times: globalization.Globalization has long been recognized as one of the crucial factors shaping the modern world - a force that allows goods, people, money, information and culture to flow across borders with relative ease. But if globalization is reshaping the world, it is also viewed with increasing suspicion - and it is still not clear how to understand and conceptualise the huge shifts that are taking place. Appadurai's work is now considered one of the most influential contributions to the field, largely because of its brilliantly creative approach to the conceptual problems posed by the deep and rapid changes that are involved.Critical thinking lies at the heart of the author's approach to his writing. A common tactic among gifted creative thinkers is to shift a problem or argument into a novel interpretative framework, and this is exactly what Appadurai did. Modernity at Large interrogates modernity through Appadurai's notion of 'scapes,' a set of separate, interacting flows that, he suggests, cross the globalized world: ethnoscapes (the flow of people), mediascapes (flow of media), technoscapes (technological interactions), financescapes (capital flow), and ideoscapes (the flow of ideologies). By constructing this creative framework, it becomes possible to undertake, as Appadurai does, a brilliant and original investigation of what globalization really means.

Forfattere
Bibliotekernes beskrivelse Modernity at Large is an edited collection of the essays that made Appadurai an influential figure in cultural anthropology. Collectively, these not only present a theory of globalization, but also suggest ways that other researchers can follow up on the author's ideas.