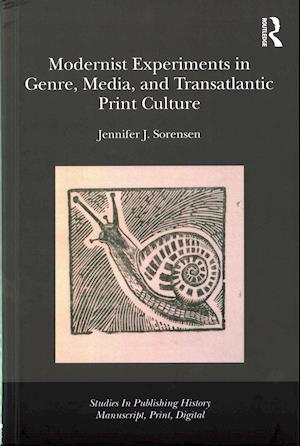 The years from 1890 through 1935 witnessed an explosion of print, both in terms of the variety of venues for publication and in the vast circulation figures and the quantity of print forums. Arguing that the formal strategies of modernist texts can only be fully understood in the context of the material forms and circuits of print culture through which they were produced and distributed, Jennifer Sorensen shows how authors and publishers conceptualized the material text as an object, as a body, and as an ontological problem. She examines works by Henry James, Jean Toomer, Djuna Barnes, Katherine Mansfield, and Virginia Woolf, showing that they understood acts of reading as materially mediated encounters. Sorensen draws on recent textual theory, media theory, archival materials, and paratexts such as advertisements, illustrations, book designs, drafts, diaries, dust jackets, notes, and frontispieces, to demonstrate how these writers radically redefined literary genres and refashioned the material forms through which their literary experiments reached the public. Placing the literary text at the center of inquiry while simultaneously expanding the boundaries of what counts as that, Sorensen shows that modernist generic and formal experimentation was deeply engaged with specific print histories that generated competitive media ecologies of competition and hybridization.