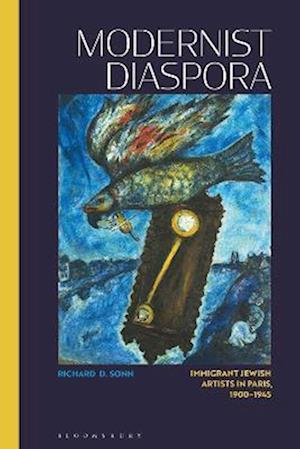 In the years before, during, and after the First World War, hundreds of young Jews flocked to Paris, artistic capital of the world and center of modernist experimentation. Some arrived with prior training from art academies in Krak w, Vilna, and Vitebsk; others came armed only with hope and a few memorized phrases in French. They had little Jewish tradition in painting and sculpture to draw on, yet despite these obstacles, these young Jews produced the greatest efflorescence of art in the long history of the Jewish people.The paintings of Marc Chagall, Amedeo Modigliani, Chaim Soutine, Sonia Delaunay-Terk, and Emmanuel Man -Katz, the sculptures of Jacques Lipchitz, Ossip Zadkine, Chana Orloff, and works by many other artists now grace the world's museums. As the cole de Paris was the most cosmopolitan artistic movement the world had seen, the left-bank neighborhood of Montparnasse became a meeting place for diverse cultures.How did the tolerant, bohemian atmosphere of Montparnasse encourage an international style of art in an era of bellicose nationalism, not to mention racism and antisemitism? How did immigrants not only absorb but profoundly influence a culture? This book examines how the clash of cultures produced genius.