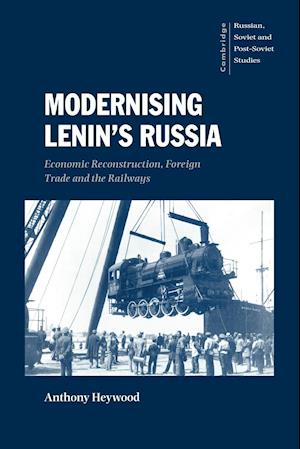 In this book Anthony Heywood reassesses Bolshevik attitudes towards economic modernization and foreign economic relations during the early Soviet period. Based on hitherto unused Russian and Western archives, he examines an extraordinary decision made in March 1920 to import vast quantities of railway equipment. The book argues that under War Communism and the NEP railway modernization was vital to a strategy of rapid economic modernization, and provides the first detailed case study of the government's import policy. Following the histories of the principal contracts, it analyses Soviet foreign trade as a means to tackle domestic economic challenges. This book provides readers with a new perspective on Soviet economic development, and reveals the scale of Bolshevik business dealings with the capitalist West immediately after the Revolution.