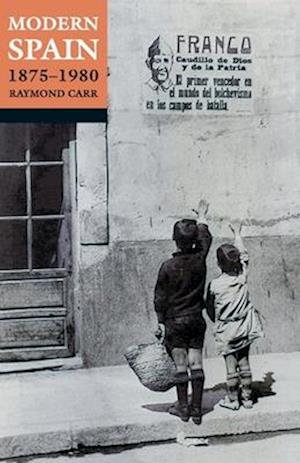 The word 'liberal', as part of our political vocabulary comes from Spain. It was first used to describe a group of radical patriots cooped up in Cadiz, refugees from the French invasion of 1808. In 1812 they drew up a constitution enshrining the sovereignty of the people which struck the very basis of the old monarchy and became the model for advanced democrats from St Petersburg to Naples. Universal male suffrage was established in Spain in 1890 - earlier thanBritain. The imposition of advanced liberal institutions on a conservative society, both economically and socially backward, inevitably caused tensions, and these, Raymond Carr argues, explain much of modern Spanish history. His analysis, incorporating much new research, starts at the 'SeptemberRevolution' of 1868 and goes right up to the present day. In the 1970s and 80s the country suffered less from the violent social disruption experienced in previous decades, but - as always - Spain is beset with acute regional problems which become more pressing the longer they remain unsolved.

Forfattere
Bibliotekernes beskrivelse Starting at the `September Revolution' of 1868 and going up to 1980, Raymond Carr explains much of modern Spanish history - often a strange mixture of advanced liberal politics imposed upon a conservative society. map