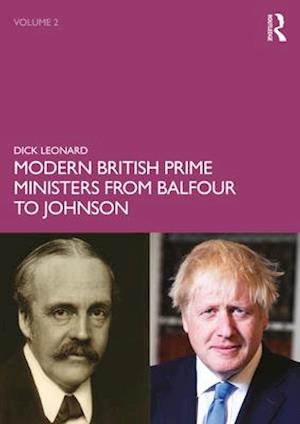 Dick Leonard's Modern British Prime Ministers from Balfour to Johnson surveys the lives and careers of all the 24 Prime Ministers from Arthur Balfour to Boris Johnson in succinct, informative and entertaining chapters. Bringing to life the political achievements and personal idiosyncrasies of Britain's rulers over the 20th and 21st centuries, the author recounts the circumstances which took them to the pinnacle of British political life, probes their political and personal strengths and weaknesses, assesses their performance in office and asks what lasting influence they have had. Along the way Leonard entertains and informs, revealing little-known facts about the private lives of each of the Prime Ministers, for example, which two Premiers, one Tory, one Labour were taught by the same governess as a child? Who was thrashed at his public school for writing pornography and later donated one-fifth of his wealth to the nation? Who was awarded a fourth-class degree at Oxford and went on to father eight children? Who was described by his son as 'probably the greatest natural Don Juan in the history of British politics'? This book can also form part of a two-volume set published by Routledge including the companion volume British Prime Ministers from Walpole to Salisbury: The 18th and 19th Centuries. a This book will be of key interest to scholars, students and readers of British political history, the Executive, government, and British politics.