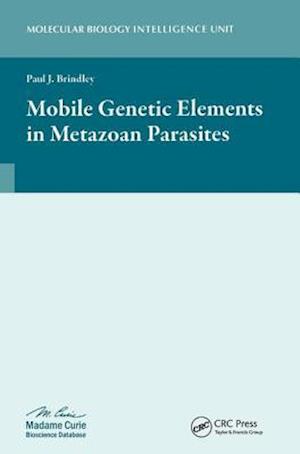 Substantial proportions of the genome of most eukaryotes, including those of metazoan parasites, are comprised of repetitive sequences. Mobile genetic elements (MGEs) constitute much of the repetitive component, particularly the interspersed sequences. This volume of nine chapters addresses MGEs that have colonized the genomes of medically important metazoan parasites and their vectors. These MGEs are parasites of parasites. These mobile elements are compared and contrasted with those from better-studied model organisms. The authors have included plentiful, relevant, and informative illustrations and references.Several chapters focus on mobile elements of the human schistosomes. Gerardo Ferbeyre focuses on the putative ribozyme activities on the SM alpha elements, SINE-like elements, including trans reactions catalyzed by these retroposons. Ricardo DeMarco and Sergio Verjovski-Almeida review the cut-and-paste transposons of schistosomes, including the Merlin and the SmTRC1 elements, and application of schistosome DNA transposons to transgenesis and mutagenesis. Claudia Copeland, Thewarach Laha and I review the retrovirus-like retrotransposons and non-long terminal repeat transposable elements of the schistosomes, including the Boudicca, fugitive and SR2 elements. Young-An Bae and Yoon Kong provide descriptions of retrotransposons from the human liver and lung flukes, Clonorchis sinensis and Paragonimus westermani, respectively, including the CsRn1 long terminal repeat retrotransposon. Continuing the investigations of MGEs of parasitic worms, Thewarach Laha, Alex Loukas and I summarize current knowledge of MGEs from hookworms, including details of the bandit and Transib transposons and dingo retrotransposons.Mobile elements in vectors of human parasites are also covered. Matty Knight and coauthors describe the nimbus retrotransposon and its discovery and other repetitive elements from the genome of the gastropod snail Biomphalaria glabrata, the intermediate host of Schistosoma mansoni. Zhijian Tu and Song Ti review MGEs of Anopheles mosquitoes, vectors of malaria, and other mosquitoes. They discuss practical uses of these MGEs. Craig Coates provides an expert article on transposon mediated transgenesis of mosquitoes, in particular dealing with his pioneering studies on the deployment of binary systems with the Mos1 mariner transposon.MGEs from the genomes of these metazoan parasites have practical uses in transgenesis and epidemiological studies and also are valuable for annotation of the genomes of these vectors and pathogens. These issues and future directions are well covered in these chapters.