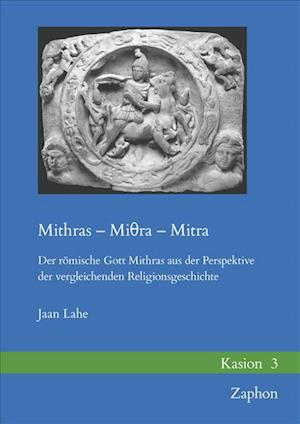 The Roman Mithras cult is one of the so-called "oriental cults" that spread throughout the Roman Empire. Although ancient tradition regards it as a Persian cult, Franz Cumont (the "father of modern Mithraic-study"), and many scholars have been convinced of its Iranian origin. All the information presently available to us opposes this view and suggests that the Roman Mithras cult was not an imported cult from Iran, but a cult that developed within the borders of the Roman Empire and grew there after the end of the first century A.D. The author of the present book assumes that the Roman cult of Mithras is not identical with the cult of Mithra/Mithras/Mithres in the Hellenistic East or even in Iranian religion, but must be regarded as an independent cult in the context of Roman religion. At the same time, the author is convinced that an important link existed between the three cults mentioned above. It is not only the name of the god, which goes back to an Indo-Iranian appellative mitra (Neutr.), but also the figure or personality of the god, who in the Roman Empire was called Mithras, in the Hellenistic Orient Mithra or Mithres and in Iran Miθra/Mithra (later Mihr). The author, on the basis of the literary, epigraphic and numismatic sources and other representations of the god, compares the personality of "Mithra" (used here as the summary meta-name for different deities). The author shows that the figure or personality of the god in the aforementioned regions is not identical and has in each religion or in each cultural space its "individual character", which distinguishes him from his namesake. The study is supplemented by illustrations and an extensive index.