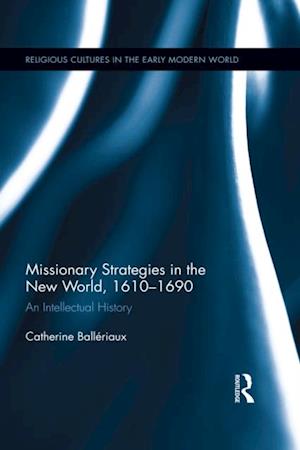 The study is an intellectual and comparative history of French, Spanish, and English missions to the native peoples of America in the seventeenth century, c. 1610-1690. It shows that missions are ideal case studies to properly understand the relationship between religion and politics in early modern Catholic and Calvinist thought. The book aims to analyse the intellectual roots of fundamental ideas in Catholic and Calvinist missionary writings-among others idolatry, conversion, civility, and police-by examining the classical, Augustinian, neo-thomist, reformed Protestant, and contemporary European influences on their writings. Missionaries' insistence on the necessity of reform, emphasising an experiential, practical vision of Christianity, led them to elaborate conversion strategies that encompassed not only religious, but also political and social changes. It was at the margins of empire that the essentials of Calvinist and Catholic soteriologies and political thought could be enacted and crystallised. By a careful analysis of these missiologies, the study thus argues that missionaries' common strategies-habituation, segregation, social and political regulations-stem from a shared intellectual heritage, classical, humanist, and above all concerned with the Erasmian ideal of a reformation of manners.